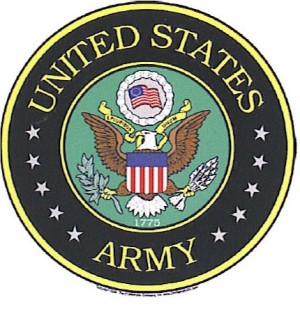 On February 23rd, 2022 William (Bill) Doran Johnson, age 72, lost his courageous battle with cancer; his family by his side.  Bill was born August 12, 1949 in Clifton Springs, New York to Keith Robbins Johnson and Mary (Hughes) Johnson.  He was predeceased by his father, Keith; sister, Judy; brother, Everett; sister, Nellie and brother-in-law, John Boden.  He is survived by his loving wife of 28 years, Jean (Harley); A son, Michael Johnson; and daughter, Tina (Johnson) DeBadts of Sodus, New York; stepson, Jonathan (Tashia) Putnam and stepdaughter, Amanda (Shaun) Strotheide all of Georgia. The eldest son of thirteen, he was always the “BIG BROTHER” and loving son. He is survived by his mother, Mary Johnson; siblings Rebecca (Roger) Velten;  Celeste (Ron) Finewood;  Ed (Lori) Johnson; Andrew (Diane) Johnson; Margaret Boden;  Earl (Dawn) Johnson,  Dan (Pat) Johnson, Cora Collins, and  Eric (Jennifer) Johnson.  His beloved grandchildren:  Mallory and Hadyn Johnson, Gabriella and Caroline DeBadts; Amber (Ro) Sibaja, Trent Allison, Adrienne Putnam, Tucker Matthews and Sadie Putnam.  Many nieces and nephews. He joined the US Army in 1970, serving in Germany until his honorable discharge in 1972 as the rank of Sergeant.  He was awarded a National Defense Service Medal for his service.   After the Army, he was employed by Mobil Chemical Company in their Engineering Department.   His job took him all over US and parts of Canada.  A self-taught engineer; always engrossed in computer process technology.  In 1992 he relocated to Conyers, George where he met his wife, Jean.   In 2008 he went to work for AEP in Griffin, Georgia as Maintenance Manager.  Bill retired in 2018; AEP became Berry Plastics where he continued to contract. Bill had a real passion for travel, cooking and entertaining.  Built his own outdoor pizza oven and equipped his patio with an outdoor kitchen.  Loved travelling to Mexico and taking cruises.  He had a special love for Myrtle Beach where he took many family vacations.  You could often find him sitting in front of his computer and CNC machines programming and designing. A private celebration of his life was held at his home in Hampton, Georgia on Saturday, February 27th with close family and friends.   He will be greatly missed by his family, friends and coworkers.  At his wishes, no memorial services will be held.   In his memory, please feel free to donate to a charity of your choice.

To send flowers to the family or plant a tree in memory of William Doran Johnson, please visit our floral store.

You can still show your support by sending flowers directly to the family, or by planting a memorial tree in the memory of William Doran Johnson
Share a memory
© 2022 Robert L. Yost Funeral Home,Inc.. All Rights Reserved. Funeral Home website by CFS & TA | Terms of Use | Privacy Policy | Accessibility