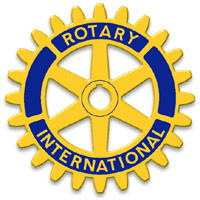 PALMYRA: Kirchhoff, Richard V. “Dick” died on Saturday, February 1, 2020 at the age of 93. Burial (all are welcome) with military honors will be at 11:30 am on Saturday, February 8 at East Palmyra Cemetery. Please join the family for a memorial service at 1pm on Saturday, February 8 at Western Presbyterian Church of Palmyra. A reception will follow in fellowship hall. In lieu of flowers, please consider memorials to Western Presbyterian Church, 101 East Main Street, Palmyra, New York 14522.  Dick was born on April 3, 1926 in Palmyra, New York to Otto and Ella Fry Kirchhoff. He served in the US Army Corps of Engineers with the Third Army in the European Theater during WWII. The funeral home proudly flies the United States Army flag in honor of his service to our country. Upon returning from Germany Dick attended Syracuse University where he graduated in 1951. He and the former Marian (Micky) Mieras were married on April 12, 1958 in Western Presbyterian Church. His career would see him work for many years at Garlock Packing company and after “retirement” he consulted for Xerox Corporation. Dick served on the Palmyra-Macedon School Board of Education for 15 years serving as President of the board for 12 years. He served on the Wayne County Board of Cooperative Education (BOCES) and was president during the construction of the Williamson Education Center and the merger of Wayne, Ontario, Seneca and Yates County BOCES programs. Dick was an active member, elder, treasurer and historian of Western Presbyterian Church. He was a valued member of the Palmyra-Macedon Rotary Club and had been named a Paul Harris Fellow in 1996.  Dick is predeceased by his beloved wife Micky; grandson Noah; siblings Frederick, Edward, Louis, Henry, Bernard, Donald, Robert and Katheryn. He is survived by his daughter Janna (Billy) McGlynn; son William Kirchhoff; grandchildren Shaina, Aaron, Patrick, Simon, Calvin and Delaney; great-grandchildren Audrey, Barrett, Maddie and Ezra; several nieces and nephews and many, many friends.

To send flowers to the family or plant a tree in memory of Richard V. Kirchhoff, please visit our floral store.