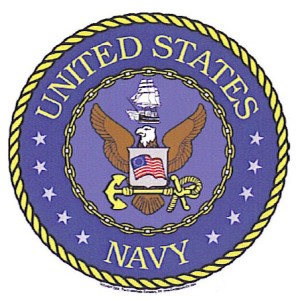 In the early morning hours of Saturday, August 8, 2020, Bruce H. Blair, loving brother, husband, father and grandfather, passed away peacefully at his home at age 72, following a brief battle with cancer. Bruce was born October 1, 1947 to Charlton and Ruth (Quinn) Blair of Buffalo, NY, and graduated from Belfast Central School in 1966. He joined the Navy in 1967, and served actively as Electronics Technician on the USS John Willis (DE-1027) in Newport, RI and on maneuvers around South America, until its decommission in 1971. He then taught on-base in Norfolk, VA, through 1976, and continued in the reserves, retiring as a Chief Petty Officer in 1996. On August 7, 1969, at the Chapel by the Lake in Great Lakes, IL, he married the former Susan “Susie” Hunt of Cuba NY. After residing in several states during his Navy service, they made their home in Palmyra to raise their three children. Bruce worked in Communications and Radio Repair with Harris, Rochester Instrument Systems, and Rochester Radio. He was active with the Drumlins amateur radio club, and as WB2QKO enjoyed assisting with communications for Palmyra's Canal Town Days for over a decade. He served as an Inspector for many Wayne County elections. But he is perhaps best remembered behind the cash register at Newcomb Oil, with his ready smile and goofy joke for each customer. He is survived by Susan, his wife of exactly 51 years, sister Bonita “Bonnie” R. Blair of Cuba, brother Brian D. Blair of Manchester, VT; Daughter Penelope (Jason) Mayo and sons Kenneth (Shannon) and Christopher (Diana); grandchildren Tyler and Alanna Blair, Joshua, Leah, and Judah Mayo, and three step-grandsons.In honor of his wishes, there will be no calling hours or funeral. Donations in his name may be made to Lifetime Care/ Hospice of Wayne County, 800 West Miller St., Newark, NY 14513. His life will be celebrated at a small family gathering at a later time.

To send flowers to the family or plant a tree in memory of Bruce Hamilton Blair, please visit our floral store.

You can still show your support by sending flowers directly to the family, or by planting a memorial tree in the memory of Bruce Hamilton Blair